Advantages of the digital rearview mirror over conventional mirrors

One of the greatest difficulties encountered by a bus driver or a heavy vehicle driver in general is the visualization of objects that are out of the direct point of view of the driver himself. For this, different types of rear-view mirrors are used, which, depending on the type of vehicle, must be mandatory or optional, as regulated by the European regulation R46 .

When driving this type of vehicle, there are above all some situations, such as tight corners or reversing, in which it is very important to be able to visualize the scene as much as possible and eliminate the blind spots that we can find. To do this, the digital rearview mirror allows us to view a complete scene in much more detail at various viewing angles.

Furthermore, on a bus we find ourselves in many situations in low-speed areas, for example within a city or small towns, where traditional mirrors may not be sufficient to have good visibility. The digital rearview mirror is supported by the monitor to know the distance of the approaching vehicles , visually indicating where each vehicle is, allowing us to carry out maneuvers with much more safety, such as when overtaking.

Another important point of the digital rearview mirror is that it allows us to avoid the typical reflections or glare caused by sunlight at certain times of the day or by the lights of other vehicles at night, since being able to treat the image you are viewing can reduce automatically the brightness or contrast that appears on the monitor, enabling better and safer driving .

In addition, the camera sensors allow you to view a much better image during night conditions than a mirror. Because they have large sensors, they need very little light to be able to see themselves in optimal conditions.

A very common problem is when we are in rainy conditions. Traditional mirrors are often stained with water droplets, so it is difficult to see vehicles in these conditions. This does not happen with the digital rearview mirror as it is more protected, as well as being equipped with lenses that prevent them from fogging or smudging. 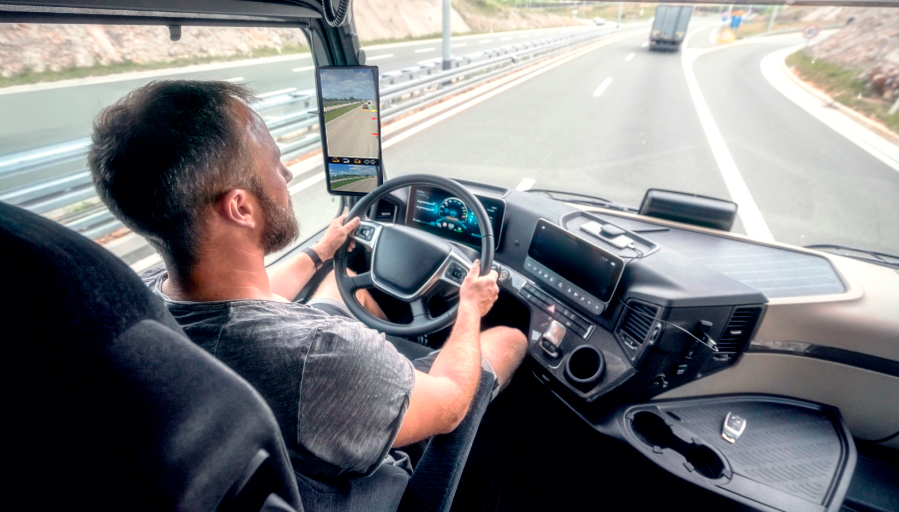 Savings on fuel and repairs

Also very important are the cost savings that these systems bring to bus companies, and in this case digital rear view mirrors offer a great advantage in two situations:

In summary, we can say that the digital rearview mirror brings us a great series of advantages for an important scenario such as that of driving, both to improve vehicle safety and to save costs, so it presents itself as a great novelty in the future of vehicles. for the transport of people or goods.